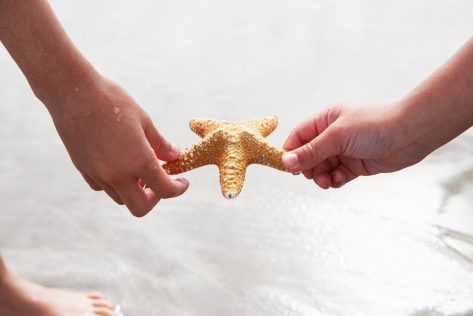 How does Respecting Choices® differ from other advance care planning programs?


Perhaps the two words that best distinguish Respecting Choices® (RC) from other programs are comprehensive and transformative. RC is comprehensive as it applies to all individuals at all stages of health and in all settings. It is transformative as it aims to redesign systems to be person-centered and effective. While RC is well known for its competency-based communication skills education, education alone is not sufficient to achieve success in transforming the healthcare culture. Systems must be redesigned that allow new workflows, processes, and materials to be hardwired into the routines of care.

Other programs designed to improve ACP may focus on education; use paper, video, and electronic decision aids; and provide skills training programs. Some of these programs are complementary to, and can be used to support, the RC model, but most are not both comprehensive and transformative as standalone programs. Some are fundamentally inconsistent in their design and approach or are simply designed to be used by themselves and cannot be integrated into the RC model.

Why does Respecting Choices® use non-physician ACP Facilitators?


RC believes that all individuals and their families deserve accessible, high-quality, person-centered, decision-making services. Experience and evidence have concluded that although physicians are supportive, they simply do not have the time. In addition, physicians face other barriers to ACP conversations, such as inadequate skill, motivation, and adequate reimbursement. The physician does, however, have a key role as a member of the ACP team. ACP needs to be a team effort where Facilitators guide people through this complex conversation and call on the expertise of others, including physicians, when needed. Physicians also have an important role in initiating conversations, motivating their patients to plan, providing medical information as needed, reviewing plans over time so they stay up-to-date and become more specific as illness progresses, and using plans to make decisions when appropriate. RC has created a physician curriculum where participants learn the shared decision-making skills to assist patients in making decisions that align with their goals and values. The team approach to ACP allows the engagement and dissemination to a larger segment of the population and results in the delivery of a consistent and reliable person-centered ACP service.

Does Respecting Choices® endorse or support any group or organization?


No. The RC program does not endorse or support groups or organizations.


No. RC does not lobby or advocate for any legislation. The mission of RC is to guide organizations and communities worldwide to effectively implement and sustain evidence-based, person-centered, decision-making systems so individuals and their families or loved ones can make the most informed, ethical decisions supported by medical science and permitted by law.

What is the relationship between Respecting Choices® and the National Physician Orders for Life-Sustaining Treatment (POLST) Paradigm?

The POLST Paradigm program is an effective way to communicate important medical decisions for people whom you wouldn’t be surprised if they died in the next year. It is a system that allows medical decisions to be expressed and clearly communicated from one setting to another. It provides for reconsideration and revision of decisions as health conditions change and transition of care occurs. The POLST Paradigm is strongly supported by research evidence, has been endorsed by both professional groups and through legislation in many states, and is developing programs in almost every state in the U.S. Its clear effectiveness and systematic nature make it consistent with the evidence-based, systematic approach of RC.

Is it an aim of Respecting Choices® to lower healthcare cost?


No. The aim of RC is to support person-centered decision making so all individuals can plan for current and future medical situations and have their values and goals honored if a time comes when the person can no longer speak for himself or herself.

Use of the RC model appears to be associated with a lower utilization of acute care services because most individuals who effectively plan are interested in defining the boundaries of treatment when burdens outweigh benefits.

How does Respecting Choices® address the fears raised by labels like 'Death Panels'?


There is no truth to the claims that suggested the federal government would attempt to ration care by making ACP a benefit for Medicare beneficiaries.

The link that was made between rationing and ACP occurred because the original healthcare reform act proposed a requirement that health organizations report 3 things:

Some political leaders incorrectly linked these outcome measures as “pay for performance” and argued that the goal was to pay physicians to talk patients out of expensive medical care. This allegation was not true.

The goal of outcome measures is to hold healthcare organizations accountable to use advance directives correctly. There is no reason to make ACP a benefit if this activity does not actually help improve care for patients and families. Paying clinicians to have ACP discussions has no benefit if the prevalence of plans does not increase, plans are not available, and plans are not honored.

Does the Respecting Choices® approach ration care or lead to earlier deaths?


No. Rationing care means an effective medical treatment will not be provided because the treatment has been determined to be too costly. In some countries, this is a social decision sanctioned after political debate and decision making.

The RC model aims to assist individuals and those close to them to consider when the goals of medical care should or should not shift because of their changing evaluation of the benefits and burdens of treatment. RC is focused on helping individuals and their families make informed decisions about their current and future healthcare.

Effective ACP can lead to lower healthcare costs as it becomes possible to avoid treatments that are neither effective nor wanted by the patient. If cost saving is achieved in this manner, it is because the patient’s values and views have determined that the burdens of some medical treatments are not worth the potential benefits.

The RC model does not lead to earlier deaths. In one randomized, controlled clinical trial, patients were either provided RC ACP facilitation or a standard of care with no ACP intervention. Both those who received the RC facilitation and those who did not lived the same length of time. However, the ACP intervention group received significantly less ICU care.

According to the Dartmouth Atlas, La Crosse County uses a very low intensity of hospital services in the last 2 years of life compared to other areas. While La Crosse has done better than most other places in the country with controlling healthcare costs, its citizens enjoy the same or longer lengths of life as in other areas of the country.

How is Respecting Choices® related to palliative care?


RC and palliative care have some overlapping features, but are distinct. Palliative care clearly focuses on making important decisions with patients about their care, especially those who have serious illnesses, and helping individuals with symptom management.

RC also helps address these issues, however, the focus of RC is broader and begins when people are healthy and are planning for an unexpected event like an accident or serious illness.

Because it has a person-centered focus, RC does foster a palliative approach to all patient care and extends the benefits of palliative care to a much broader number of patients.

Is it unwise to plan for future medical decisions when there are circumstances that cannot be anticipated?


Clearly, it is impossible, and would be unwise and unnecessary, to plan for every possibility. When planning is viewed as something done over time and in relationship to one’s health, it becomes possible to identify relevant goals for care.

When adults are healthy or don’t have a progressive, life-limiting condition, there are only two important future medical decisions that are needed:

With this approach to planning, the actual decision would be made in the moment by the appointed healthcare agent.

This First Steps® plan needs to be reviewed and reconsidered over time, but it’s not necessary to plan for any other medical decisions until an individual has been diagnosed with a chronic illness or serious condition that is getting worse. At this point, additional conversations are needed to discuss treatment benefits/burdens and acceptable/unacceptable outcomes. This planning prepares the individual or the healthcare agent to make medical decisions in the moment that are in line with the person’s goals and values.

Finally, when an individual has a short life expectancy and is getting worse despite treatments, that person should have an opportunity to create a specific medical plan should hospital services, such as intensive care and mechanical breathing, be needed. These services may add little benefit to the individual’s care and instead may prolong suffering.

What does the word 'choices' in the name mean?


RC is sometimes mistakenly thought to promote an unlimited personal autonomy (i.e., whatever the individual wants is ethically, medically, and legally acceptable). This has never been the aim of the RC model. In the end, though, choices must be made and they must be guided by ethical and medical thoughtfulness within social and legal boundaries.

The word “choices” is plural not because everyone makes numerous decisions, but because plans reflect values and thoughts of individuals, their families, and the healthcare professionals who care for them. In these relationships, it is the goal that all “choices” need to be respected.